Bank of England: Raising the Ceiling for Asset Purchases

There’s long been the expectation that the Bank of England’s Monetary Policy Committee (MPC) might do something at the November meeting. Indeed, in my outlook to the September meeting, I wrote that nothing was expected then but rather “The excitement is likely to come in November…A number of forecasters are expecting some move then or in December.”

Even more so now than in September. The August Monetary Policy Review (MPR) was forecasting for a “V”-shaped recovery, with output returning to pre-pandemic levels next year. Things were even better at the September meeting, when the MPC said “recent domestic economic data have been a little stronger than the Committee expected at the time of the August Report.” 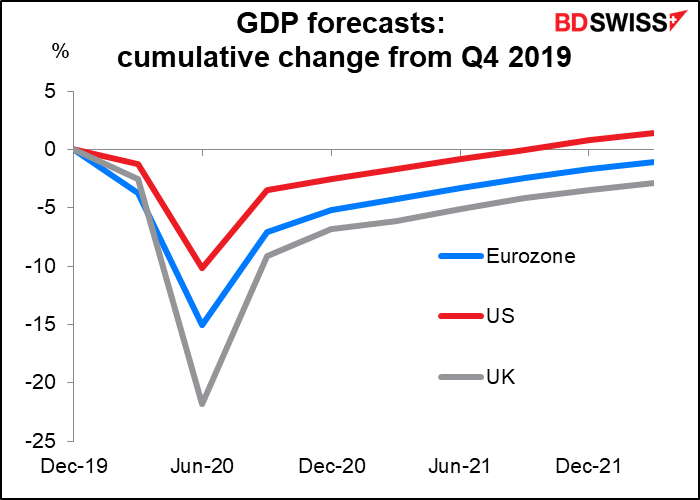 Meanwhile the virus is exploding and the UK just announced a new four-week partial lockdown. That’s going to be a further drag on growth and inflation, 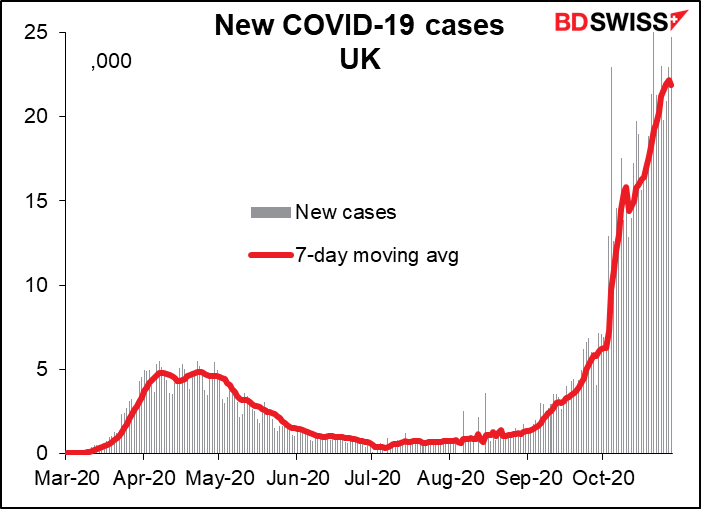 Headline inflation is below the Monetary Policy Committee (MPC) range of tolerance, and the MPC calculates that two weeks of social distancing measures cuts 75bp off inflation in the subsequent quarter. 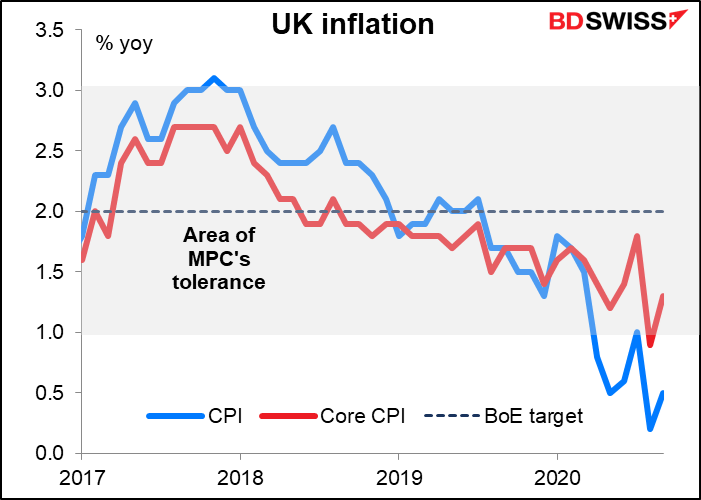 The market expects that with the new Monetary Policy Review coming out at this week’s meeting, the BoE will probably make some changes to its operations, just as the European Central Bank hinted last week that it would use the revisions to its forecasts in December as the justification for further loosening.  Most likely, the Bank will increase the ceiling on its Asset Purchase Facility (APF), because at the current pace it will run out of room by 21 January. The question is, by how much? I think the market is waiting to see the size of the “top-up” to judge the BoE’s stance. GBP 50bn would probably be the minimum; GBP 100bn would be seen as aggressive, I think. 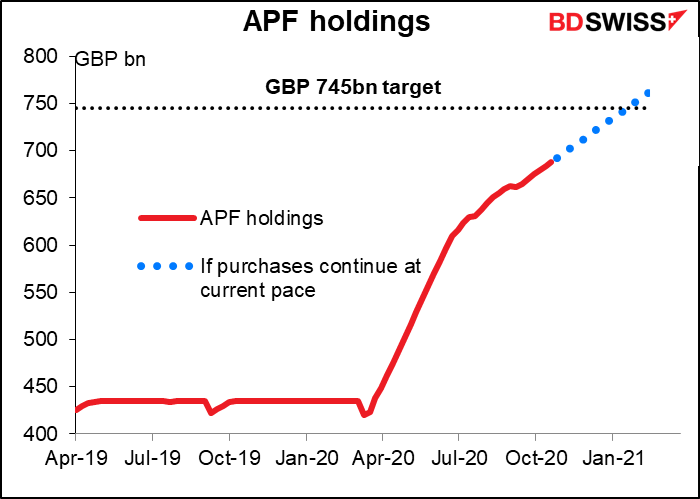 I don’t expect them to lower rates. Although the market is expecting lower rates at some point, I think they’ll want to get the response of the banks on the operational feasibility of negative rates before they decide anything on rates, and they’ll only get that on 12 November.

Of course, whatever the BoE does is secondary to any Brexit announcements. Any news about a breakthrough – or a final, real, this-is-it breakdown in the talks – would be of much greater importance to the UK economy than an extra GBP 50bn of quantitative easing.

One final point:  don’t look for any fireworks in the market after the meeting, because there usually aren’t any unless there’s a surprise. 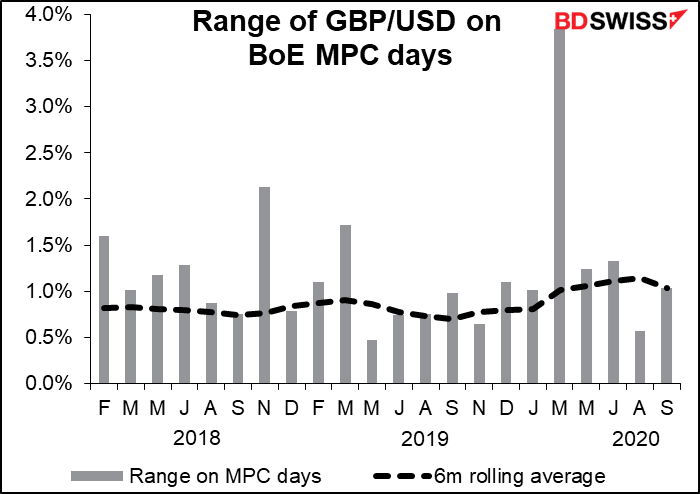 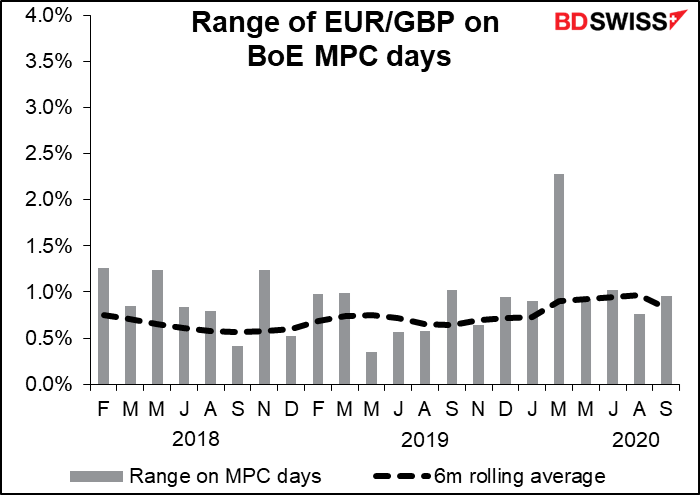