In our Forex Basics lessons we will introduce you to the basics of trading Forex and CFDs with BDSwiss. The following lessons will provide you with the basic building blocks to help you understand the fundamentals of this fast growing market.

As trading innovation continues to expand, BDSwiss provides an ever increasing number of tradable assets to its client base. In the course that follows, you’ll learn all the different characteristics of each asset class when it comes to our Forex and CFD product offering.

Also known as Forex or FX, the currency markets involve the constant exchange of currencies between banks and other market participants. The foreign exchange market is the world’s largest asset class and the most liquid with a daily trading volume of over $5 trillion.

On our platform, you can trade Forex and CFDs on a wide variety of currency pairs including all major, as well as minor pairs. All currencies have a three letter code; the US dollar for example is quoted as the USD.  Currencies are always quoted in pairs; the value of a currency pair is always set in relation to one member of the pair.  For example GBP/USD is the value of US dollar to the pound. The currency markets, unlike many other markets, are open 24 hours a day, 5 days a week.

The term “commodities” refers to natural resources that are derived from nature. These are mostly used as raw material for other products. In this sense, commodities are resources that are eventually consumed, for example oil or gold. Each commodity market will have its own particular cycles, determined by supply and demand.

What are Contracts for Difference?
Before we delve further into commodities and other CFD asset classes it is important to explain what CFDs are. Contracts for difference (CFDs) are derivative products which enable you to trade on the price movement of underlying financial assets (such as commodities).

A CFD is an agreement to exchange the difference in the value of an asset from the time the contract is opened until the time at which it’s closed. What is really important to understand is that when trading a CFD you never actually own the asset or instrument you have chosen to trade, but you can still benefit if the market moves in your favour, or make a loss should the market move against you.

On our platforms, you can trade CFDs on the most world’s most popular commodities. The most common of these are gold and oil, and these two have a very important thing in common: At some point in history, people selected a specific weight and currency at which these would be traded.

Example:
Oil and specifically crude oil, which is pumped directly from the ground refers to a lot size called barrel, which corresponds to an amount of 159 litters and is valued in USD (US dollars).

Trading Info
If a tanker ship, carrying 400,000 litters of oil, sinks, it causes a major environmental disaster. The sea will be vastly polluted and oil-coated marine animals will be featured on TV. As tragic as this news might be for nature, the financial market will process it. Viewed objectively, this amount of oil wasted in the ocean is now gone, which means that oil supply falls short. Limited supply can cause the price of crude oil to rise and thus create a trading opportunity for the CFD investor.

This of course implies the performance of each index is dictated by the performance of the underlying share prices that make up that index. An index is constructed and calculated independently, sometimes by a bank or by a specialist index provider like the FTSE Group. The choice of the companies included in the index is determined by index calculation rules or by a committee. Not all indices use the same rules, however.

A benchmark index is the index most commonly used to track where a particular market is heading. On BDSwiss trading platforms, you have the ability to trade your preferred market through indices. A few of our main benchmark indices include:

What moves indices?
Indices tend to be affected by broader market moves which can determine the price of many companies. Typical examples include political unrest or uncertainty, national inflation statistics or unemployment numbers or changes to interest rates.

Example
A very popular index among BDSwiss customers is the German stock index, commonly known as the DAX. It contains the 30 largest companies in Germany. If the U.S. imposes new tariffs on German goods, these companies will inevitably suffer the consequences, causing the DAX to plummet on the news.

Trading Info
Most German companies are exporters, i.e. they generate their profits mainly outside of Germany. A weak euro causes better conversion rates on goods sold abroad. Sales increase, along with profits and the total value of the company. Generally speaking, the weaker the Euro gets, the more the DAX is expected to rise.

A stock price reflects the value of an investment in a company. This is determined by dividing the total value of the company by the total number of shares issued. The fluctuation in the market is mainly determined by supply and demand. Corporate data will also have a significant influence on stock value.
It is important to remember that when you enter stock CFD trade you don’t buy the stock itself but instead agree a contract with the broker to settle the difference in value between the entry and exit price of the Stock. With CFDs you can sell shares as easily as buying them, allowing you to take advantage of price moves even in a falling market.

Example:
Let’s assume that Coca Cola (stock) was trading at a price of €36.195 and in sum, the Coca Cola Company has issued 4.39 billion shares. This is the maximum number of shares available for purchase. If one stock is worth € 36.195, then the entire Coca-Cola Company will be worth a total of €158.9 billion.

Trading Info
Apple presents their new products at the beginning of September. Both on the official “Announcement Day”, and on following days, the stock price of Apple tends to be volatile. The customers process the impressions and form an opinion as to whether the new products are good or bad. A sensational release is therefore very likely to push APPL share prices higher. On the contrary, a disappointing release will dampen demand for the product and can push APPL lower.

A cryptocurrency is a digital or virtual currency designed to work as a medium of exchange. Cryptocurrencies operate independently of banks and governments, but can still be exchanged, or in this case speculated on, just like any physical currency. Digital currencies use cryptography to secure and verify transactions as well as to control the creation of new units.

BDSwiss allows you to speculate on the value of a number of leading cryptocurrencies without owning them via CFD trading. Cryptocurrency CFD pairs are traded in much the same way as forex pairs, meaning that there is always a quote and a base currency in each pair. With BDSwiss you can trade all the major cryptocurrencies including Ripple, NEO, Dashcoin, OmiseGO, Zcash, EOS, Iota, Monero, Bitcoin Cash, Bitcoin, Ethereum and Litecoin against a number of fiat currencies such as the EUR and the USD.

Example:
Let’s assume that you wish to invest in Bitcoin because you think its price is about to appreciate. You then need to consider how BTC will fare against the EUR or the USD. If the euro is performing well on the day for example, this could mean that bitcoin’s increase will not be as dramatic relative to a strong euro. So let’s assume that  you instead choose to trade BTCUSD, because you think bitcoin will fare better against the USD. If BTCUSD climbs you will profit, if BTCUSD drops then you will suffer a loss.

Trading Info
Media hype can easily lead to an increase in cryptocurrency price, while negative news can lead to a decline in their value. For instance, news that scare bitcoin users such as breaches in blockchain’s security or funds stolen from bitcoin wallets can cause BTC prices to drop as investors lose their trust in the cryptocurrency. On the flip side, when governments adopt Bitcoin or state that it can be regulated, BTC prices tend to rally. 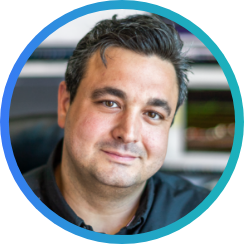 About the Course Instructor

Seasoned Forex/CFD trader and expert analyst Alexander D. brings a wealth of experience and knowledge to your screen. Alexander has held numerous dealing and execution roles in FX, CFD, Futures and Equities since he first started in the industry. He has also received numerous awards over the years like the Barclay Hedge and Investors Choice Award!

*BDSwiss Trading Academy Videos were recorded in English and are available to BDSwiss Clients for educational purposes only. This video material should not be considered as investment advice, recommendation or suggestion of an investment strategy with respect to a financial instrument. The content of this material is not intended to provide a sufficient basis on which to make investment decisions, in any manner whatsoever. Please note that the video material has been recorded on different occasions throughout the year and references to trading conditions such as leverage and spreads may not be up to date. Please contact your Account Manager or check our Terms & Conditions to receive the updated information before you start trading.
BDSwiss Copyright ® 2018 BDSwiss All Rights Reserved
Close
We use cookies to ensure that we give you the best experience on our website. If you continue to use this site we will assume that you are happy with it.Ok